A METALWORKER FROM THE MOUNTAINS 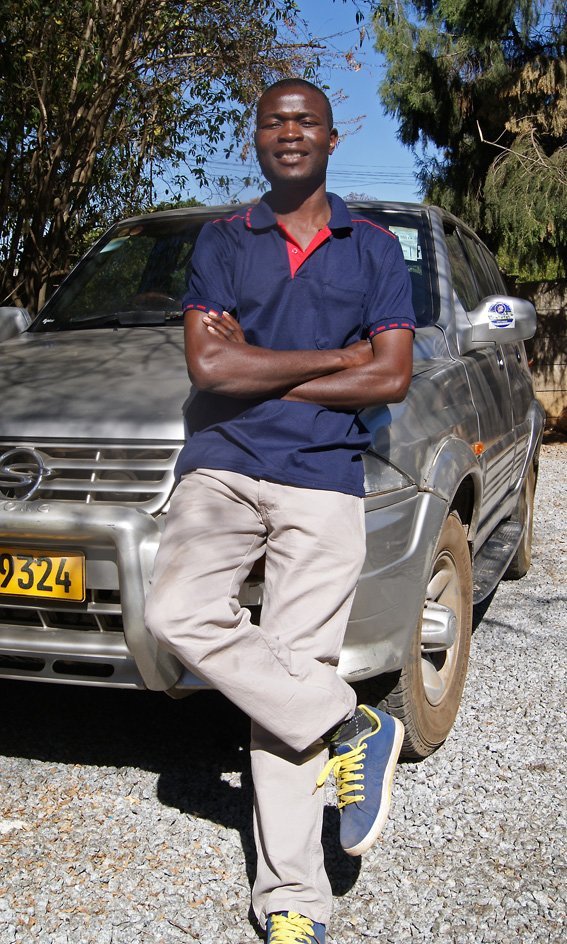 Fungai Nyadowa, born 1978 and went up to Form 3 to school in a remote village in Nyanga, a district in Zimbabwe’s eastern mountains that gets 1236 mm rainfall a year and is noted for its lush forests and unique bird life. After school Fungai drifted to Harare and became a builder; one day in the capital, he bumped into a noted stone sculptor, Peter Tendenguwo, who took him on as an apprentice.

“Peter is from my village,” says Fungai. “Here in Waterfalls I helped him in his sculpture studio. I learned to do small roosters and birds in opal and soapstone for export.”

In 2003 Fungai was sharing a workshop with a metalworker from Malawi, Innocent Luwangwa. He soon traded his hammer and stone chisel for a welding machine, angle-grinder and guillotine, “I learned to cut and weld pieces from metal drums and other scraps, and then I started getting orders from France, Germany, Canada, Australia … My biggest desire is to go to France with my pieces and hold an exhitition.”

Fungai takes inspiration from the forest plants and the seldom-seen birds that are native to Nyanga, where he grew up. Many of the bird species are to be seen in his metal pieces.

“Things are moving now – I am beginning to get orders from different countries. A problem for me is the copy-cats, the guys who steal my designs. I have a good name. My clients have come to know me well. They tell others, ‘There’s a guy in Waterfalls who doesn’t cheat.’

Fungai, who nurtured his creative gift under influential teachers, is himself a teacher of many new artists. “I show them how to cut and weld,” he says. “The idea is that after some years they make their own workshops …”
In 2004 married Rosemary, who is from Headlands, a district near Nyanga. They have two daughters; the elder is in primary school. 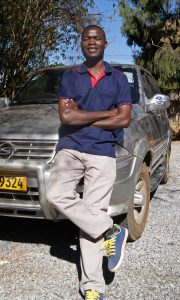 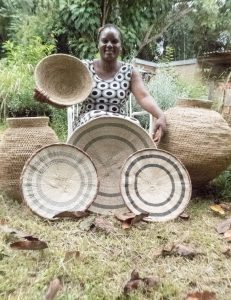 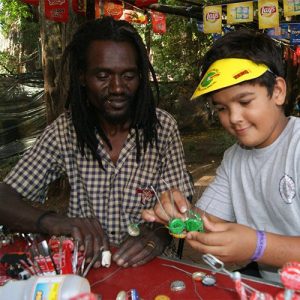